We already know that excessive secretion of acids leads to acidity. The process of digestion takes place because of many different gastric secretions that are highly acidic. Inside the stomach, nutrients are broken into small units for assimilation.

We eat or drink certain foods like too much tea, coffee, alcohol, or certain chemical drugs especially some pain-relieving and anti-arthritic drugs in the excess than stomach will be weakened or damaged.

As a result, the highly acidic medium, which prevails in the stomach traverses the stomach wall thus causing pain and discomfort.

If the same thing is repeated again and again it may give rise to acidity and gastritis thereby inflaming the lining of the stomach.

It is difficult to produce fire either without fire logs or with too many fire logs occupying the whole furnace. The same in the case with digestive fire this will be hampered either with low amounts or with high amounts.

Factors responsible for the aggravation of cholangitisare excessive intake of pungent and sour food items, alcoholic preparations, salt, hot and sharp stuff which cause burning sensations.

Anger, fear, excessive exposure to sun and fire, intake of dry vegetables and alkalis irregularity in taking food, etc. should be avoided as far as possible.

Persons with acidity can also take a milk diet excellently, although at first, some have trouble absorbing milk. This is because a large amount of acid in the stomach forms hard curds combined with the proteins of the milk.

The milk diet should adhere to several weeks if possible. With this, you can also drink warm water freely.

It has been found by physiological experiments that cold water increases the amount of acid secreted in the stomach.

When the stomach seems to be in better condition, the milk may be taken with an evening meal consisting of easily digestible and non-irritating foods.

It is better to use foods requiring only moderate mastication since mastication naturally increases the flow of gastric juice with its acid.

Insufficient mastication of food chosen aggravate acidity problems by causing gastric irritation. So, mastication should always be moderate in this particular condition.

Avoid overeating but take small meals, three times a day. Avoid artificial stimulants. Alcohol, in any form, is like throwing fuel on the bile fire.

Taking a large amount of caffeine in coffee and tea results in increase acid production in the stomach are also known as acid reflux symptoms.

Excess intake of sweets can cause acidity as the sugar causes fermentation and produces acid in the stomach, particularly if wrongly combined with other food types. 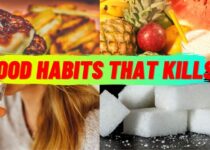 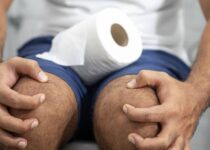 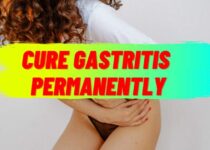