Motion sickness is the body’s response to conflicting messages about motion(movement) that is sent to the brain.

The cause for this is an imbalance between what the eyes see and what the delicate inner ear balance mechanisms feel during the movement.

Information about motion is obtained through the eyes and certain places within the inner ear.

This information is then sent to the brain so that the body can respond to it by coordinating muscles and maintaining balance.

Information from these parts may indicate that a person is walking, sleeping, or even moving. Other information is about the surface under a person or the area surrounding them.

These signals provide information that helps the person to balance on the surfboard.

Conflicting information regarding motion can be seen when a person is traveling on a ship looking out at the waves in the ocean.

The inner ear perceives the up and down motion of the body riding on the ship, while the eyes perceive the random forward movement of the waves.

Another type of conflicting message occurs when the inner ear perceives movement while the eyes detect no movement.

This can occur while standing or sitting still inside a moving ship or vehicle with no windows to visually explain the movement.

It can also happen when a person is trying to read while traveling by bus. The inner ear perceives the movement of the bus but the eyes perceive no movement.

For instance, more people feel motion sickness while a camel than riding a horse. In the same way, motion sickness is often reported while traveling on the ships, but not while windsurfing.

Motion sickness is a normal response to an abnormal situation. Any person with a healthy inner ear system is susceptible to motion sickness. Something makes a person more susceptible and less able to adapt.

This is due to the maturity or decline in function of the inner ear system. For instance, children between the ages of 4 and 10 are more susceptible to motion sickness.

Women of any age, especially during mensuration or pregnancy seem to be more susceptible as well.

Motion sickness is different for every person. The intensity of symptoms depends on the person, along with the amount of time and the source of stimulus causing the motion sickness.

Once the stimulus which causes motion sickness is removed, the actual symptoms usually stop within a few minutes to a couple of hours.

However, motion sickness, like that experienced on a ship, usually ends within two to three days of traveling.

The most common symptoms of motion sickness are nausea and vomiting. A person may also turn pale, and break into a cold sweat.

An increase in oral secretions, yawning, fast breathing may possibly occur. Headache and drowsiness are not uncommon.

Treating motion sickness focuses on easing any nausea and vomiting. These symptoms are usually caused by certain substances that are released in the body and stimulate the vomiting center in the brain. 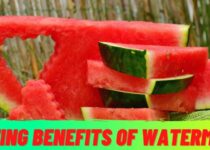